UPCAT ’11 took place on July 2010 while the USTET took place October of the same year. I took these entrance exams for me to qualify for admission in the supreme state university in the country, the University of the Philippines; and the renowned Pontifical and Royal University of Santo Tomas. 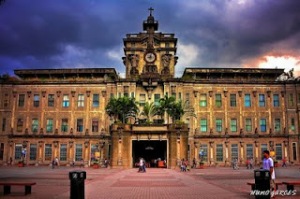 UST is probably my second choice. Not only because my sister studied there but because I love the university itself. 400 years of existence, is it not magnificent? well, they have maintained it well – the standards and the surroundings. I think they are renovating different buildings/facilities each year making it more beautiful. i grew up studying in a private-catholic school which urged me to take the USTET. i am confident enough that i will not be hard up to adjust. i have been there a lot of times and each time i go there feels like in heaven. yeah, most of the students are rich. they have cars, gadgets and everything and the school fee amounting to almost 4o,000 is but one peso for them. but it is worth it. world class facilities, fun events and secured future is what they offer.
i was so glad that I passed the course BS Accountancy which was my first choice. i do not know why i did not qualify in the Faculty of Arts and letters. i placed Mass Comm as my second choice. my classmates also had question marks in their heads. yeah, why? how come? how come i passed accountancy and not mass comm? i would accept waitlisted. haha! we could get the answer from ust but i wouldn’t bother anymore. 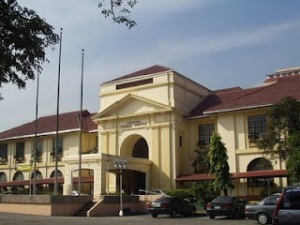 not until the day before graduation that i finally decided to be a Maroon rather than a Tiger. I have long waited for the assigned course. my mom called OUR and they told her that I must choose between Phil Arts or Nursing. why would i take phil arts? that’s a Big NO NO! haha! i want to take up BS Pharmacy, a pre-med course. i’ll be shifting next year. so help me God! 🙂
UP is what I call the “DREAM SCHOOL”. Everybody with high hopes would eventually like to study in UP. There are simple reasons: High standards and “abot-kaya” school fees. but before i will be officially called a “Iskolar ng Bayan”, i will undergo different medical check-up and exams. enrolment would be tough. but studying is tougher!
I hope and pray that my decision is right. giving up UST is like killing your pet. but choosing UP is probably like walking in the clouds. Up! Up! in UP i’ll be up! :))
NOTE: I take no credit for the photos posted in this write-up